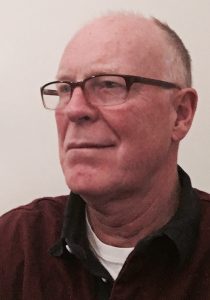 St. Barnabas is delighted to announce that Jef Foulger will be taking up the position of Assistant Curate from September 2017 for the coming three years.

Jeff has just completed his initial two years ministerial training at the St. Augustine’s College of Theology, West Malling, Kent. Prior to this, he worked in Fleet Street as a journalist for a large Sunday newspaper, has trained as a further education teacher, studied the history of TV and film at the Open University and been Chair of a new school governing body.

From 2002 Jef was involved in politics; he helped to run the Liberal Democrat Christian Forum, was a parliamentary candidate and also stood twice for Bromley Council in local elections. Jef is currently the Managing Director of a small pension and investment consultancy, having been involved in financial services all his career. He is married to Julia, who is a head teacher and they have three grown-up children. Jef first felt a call to ministry in the Church of England as a 17-year-old whilst at Langley Park Boys school. However, many different situations intervened until about four years ago he felt convinced that God may still be calling him to ordained ministry within the Church of England. When he is not working, Jef enjoys running and cycling, reading, writing and painting.